Say that my evidence is this picture, 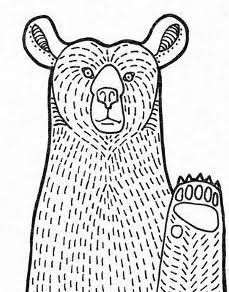 and my claim is that this bear is angry.

My reader may have some questions: "I only see a mouse — what bear is this person talking about?" "This bear looks friendly — why does this person think it is angry?" "Why do we care if the bear is angry, anyway?"

If I were clear or precise enough, my reader wouldn't question me. So I follow this process, in order to avoid their questions:

Hopefully, this explanation would eliminate any questions my reader may have. Note that I don't necessarily agree with this argument/thesis! My personal opinion is that bears are great, and this is a friendly waving bear. However, it doesn't matter if this interpretation/claim is correct, just that it's a strong, well-explained argument.

Paige is the writing liaison for Professor Lisa Leibowitz's "Quest for Justice" class.